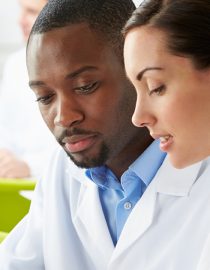 The root of a plant known as thunder god vine, Tripterygium wilfordii, has been the subject of several investigations for the treatment of rheumatoid arthritis (RA).

Proponents state that the extract relieves pain and inflammation related to autoimmune disorders, such as rheumatoid arthritis and lupus. The extract appears to work by diminishing the actions of the immune system.

Three small clinical trials have been conducted on the use of thunder god vine.

A 2009 study compared the use of the plant extract with the drug sulfasalazine, a standard treatment for RA. It was a small study of just over 120 people.

The extract recipients were provided with 60mg of the extract three times daily for six months. The sulfasalazine group received 1g of medication twice daily. The plant extract group responded better than the drug recipient group, with researchers finding that the herbal extract reduced symptoms faster than the drug, and produced fewer side effects.

The extract recipients experienced a reduction in pain, swelling, and inflammation and felt better overall. Their biochemical markers for the condition improved.

In 2014, a Chinese study compared the efficacy of thunder god vine with methotrexate, a disease-modifying antirheumatic drug. DMARDS are commonly employed to relieve RA symptoms and stop the progression of the disease.

You might also like...When Joint Reconstruction is Your Best Option

Methotrexate does not work for all people who have RA. It causes many serious side effects and is often poorly tolerated. Doses of methotrexate vary, and practitioners in Western countries often use higher doses than those in China.

You might also like...Living a Full and Healthy Life With Rheumatoid Arthritis