Be Prepared — Know the First Signs of Rheumatoid Arthritis 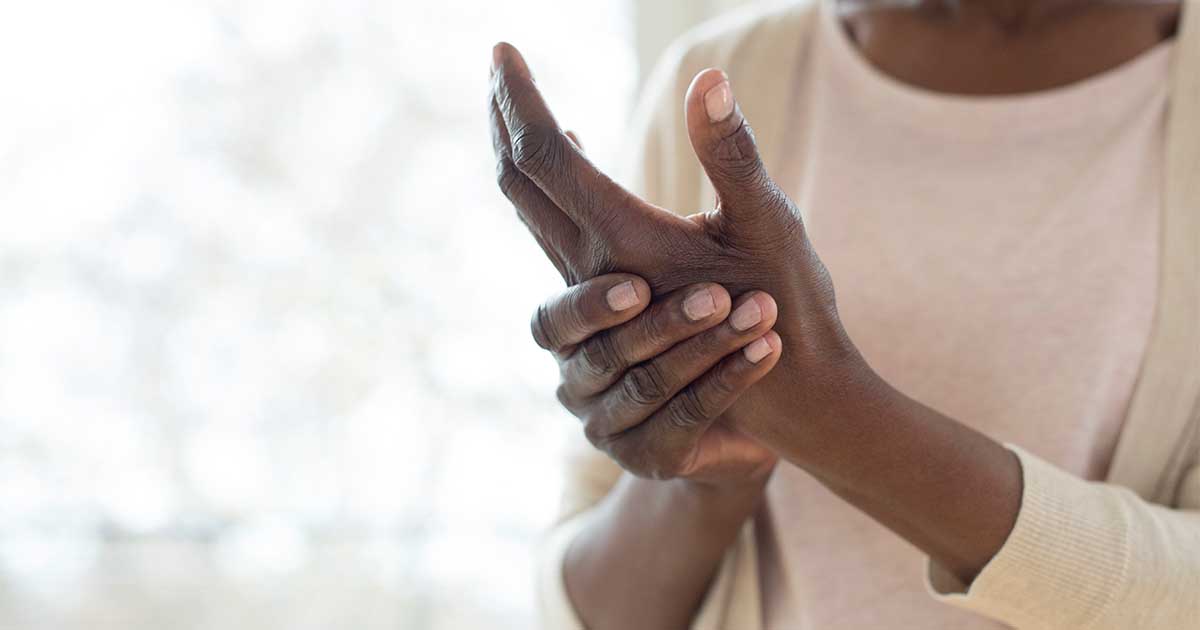 What Are the First Signs of Rheumatoid Arthritis?

Rheumatoid arthritis (RA) is an autoimmune and auto-inflammatory form of arthritis that is considered a long-term chronic condition. In patients diagnosed with RA, their immune system attacks the lining of the joints called the synovium. So, what are the first signs of rheumatoid arthritis?

First, it is good to know that the synovium is a membrane that can become inflamed and thickened during the disease process. If left untreated, structures in and around the synovium — joints, bones, and soft tissues — are at risk for irreversible joint damage.

Rheumatoid arthritis typically occurs on both sides of the body in the hands, wrists, elbows, and knees. Though this is not always the case, as many patients find that only one side of the body is more affected than the other. However, signs and symptoms can come and go or vaguely resemble other common ailments, making rheumatoid arthritis difficult to catch early on.

Thus, we will take a look at the early signs and symptoms of rheumatoid arthritis in more depth. Through this, you will know what to look out for and you will learn about possible methods for prevention.

Two of the telltale signs of any form of arthritis is pain and stiffness. Occasionally, there may be localized inflammation in a given area. The warning signs of rheumatoid arthritis resemble these patterns, though it can also looks a bit different.

First, joint pain and swelling with RA gets worse over time, though there may be periods of when the disease is in a calm state. When this happens, a rheumatologist may label this phenomenon as their patient being in remission or their symptoms may be well-controlled. Various medications, alternative methods, and lifestyle changes usually leads to these results. However, many people find that they need to try several medications or lifestyle changes before they see improvements. Early signs of rheumatoid arthritis can also appear seemingly overnight. People may have no idea they are on the tail-end of autoimmune arthritis, whereas others often feel something was off for quite a while before an official diagnosis.

Fatigue is another early sign people experience. It can be unrelenting, but subtle to the point that people think they are coming down with the common cold, flu or may have overworked themselves too much. But the fatigue experienced by those living with autoimmune arthritis does not always improve after adding in the daily recommended hours of sleep. In fact, those who have slept over nine hours still report feeling tired the next day. This tired-like feeling is also coupled with brain fog, which impacts concentration and thought. Lastly, rheumatoid arthritis-based stiffness tends to be worse in the morning when waking up, after sitting for a long time, and before going to bed.

When it comes to RA, everyone has a different experience, mainly because there are various levels of severity. Rheumatoid arthritis can be mild, mild to moderate, moderate to severe, and severe. The pain people experience is similar to a sprain or a broken bone. Areas of the body affected by rheumatoid arthritis can even be painful to touch. Movement may make pain worse in some cases, and even at rest, moving the joints can be uncomfortable.

Rheumatoid arthritis is also known as a systemic condition. It does not only affect the joints, bones, and surrounding structures, but more so, the entire body. Organs can be impacted, and since the disease is progressive in nature, it is important to treat rheumatoid arthritis as early and aggressively as possible.

Heightened disease activity can occur. This is called a flare or flare-up. This happens when pain, stiffness, and inflammation in the joints increase. Tenderness can be felt in the muscles and fatigue can become so severe that it interferes with simple daily tasks.

The good news is that there are known risk factors that can increase a person’s chance of being diagnosed with rheumatoid arthritis.

What You Should Look Out For?

The seven most common risk factors to look out for are:

Rheumatoid arthritis can occur at any age, especially in children, though studies have found that the likelihood of developing RA does increase with age. Women have a greater risk for being diagnosed with rheumatoid arthritis than men do. In fact, so much so that women are two-to-three times more likely to get RA. The reason behind this is that a female’s immune system tends to be stronger. When the immune system has a chance to be more reactive, hormones already present in a woman’s body can drive the disease forward.

You May Also Like:Is My Hair Thinning Because of RA?
Related Search Topics (Ads):

Various environmental exposures increase someone’s risk if they have this inherited trait too. Cigarette smoking, obesity, viral and bacterial infections can be key factors in the development of autoimmune diseases as a whole, not just rheumatoid arthritis. Usually, people who smoke will be advised to stop, as this can make rheumatoid arthritis worse. Researchers have found that women who have never given live birth can be more susceptible to rheumatoid arthritis. On the contrary, women who breastfeed their infants seem to have a decreased risk of developing rheumatoid arthritis.

What Methods of Prevention Can Be Used?

Prevention with rheumatoid arthritis can be two-fold. If someone is already diagnosed with the condition, there are steps one can take to manage the disease and live a quality life. To prevent joint damage, it is important to treat the disease promptly. But because of the complexity of the disease and mimicry in symptoms with other conditions, a fast diagnosis does not always happen.

Being physically active for at least 30 minutes a day helps strengthen the muscles, bones, and joints. Exercise is dependent on each person’s individual needs, but people tend to do walking, swimming, yoga, aerobics, and weightlifting. Enrolling in educational programs to learn self-managing techniques for the disease is always helpful, not only for the patient, but their loved ones.

Now, if someone wants to prevent rheumatoid arthritis, looking into their family history and inherited genes is important. There is often a preclinical phase of rheumatoid arthritis, and multiple studies have found there can be abnormalities of auto-antibodies and inflammatory markers prior to the onset of any signs or symptoms.

If a person can present this knowledge to their doctor, with symptoms or not, it can be the ultimate weapon against early prevention. During routine physical examinations, a general physician can run a serious of blood tests to see how the body is doing in the face of autoimmune arthritis, or any autoimmune disease. CRP (C-reactive protein) shows the level of inflammation in the body, RH Factor is a protein that is genetically inherited and if positive can be a sign of rheumatoid arthritis, and Sed Rate (erythrocyte sedimentation rate) reveals the inflammatory activity in the body.

Talk to Your Doctor

Prevention starts with the person, too. Making sure you follow up with your primary care doctor for routine visits and be honest about your health. What you may be experiencing is the first step. Changing your lifestyle habits can be a game changer in preventing chronic disease all together, especially rheumatoid arthritis.