Everything You Need to Know About Rheumatoid Nodules 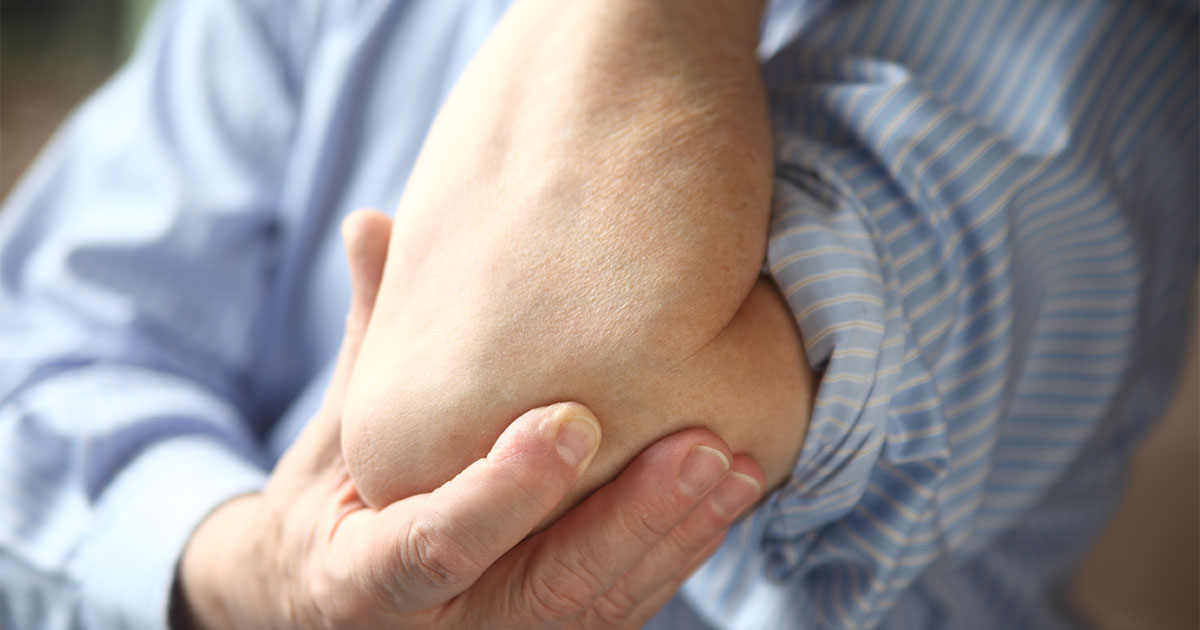 One symptom of rheumatoid arthritis not often discussed is rheumatoid nodules. These nodules are often left out of the conversation because they do not occur for every patient. Instead, they only affect those who have the most severe form of the disease, around 20% of patients.

Those prone to developing nodules typically have a positive rheumatoid factor and may also have lung disease and inflamed blood vessels as a result of their RA.

Rheumatoid nodules are also often seen in patients who take methotrexate to control their disease and currently around 8% of people on the drug will develop nodules.

Despite this, the number of people developing nodules in conjunction with their RA has been reduced in recent years along with the number of people who have developed lifelong deformities as a result of the illness. This is all largely thanks to advances in modern medicine and early intervention, both of which help control the disease and its activity much better than in the past.

What Are RA Nodules?

Rheumatoid nodules are made of inflammatory tissue and grow underneath the skin. At the center of each nodule is fibrinoid necrosis (or the death of cells that occur when complexes of antigens and antibodies deposit themselves in the walls of arteries). Small nodules have one center whilst larger nodules can have several centers. These nodules are hard to the touch, but are not sensitive nor are they painful (unless they occur somewhere sensitive).

They are typically found on joints, mostly on the fingers and elbows and places that are prone to injury. However, they can occur anywhere on the body and sometimes can be found on the back of the heel, penis, vulva, back, scalp, hips, bridge of the nose, or in the lungs and organs.

Of the internal organs, they can be found on the lining of the lungs, pancreas, vocal cords, trachea, kidneys, heart, in the breasts, liver, muscles, whites of the eyes, tendons and covering of the heart. Basically, they can occur almost anywhere, though they typically are located on or around joints affected by RA. Sometimes the centers of the nodules “feed” into the joint and contain synovial fluid.

Who Gets RA Nodules?

It is very rare for RA nodules to present themselves at the initial stages of RA. Usually, they are experienced by people who have had RA for quite a long time and may already be experiencing joint degeneration, though sometimes people will have RA nodules at the time of diagnosis of their disease. Also, high levels of rheumatoid factor in the blood as well as certain genes and haplotypes can make one more vulnerable.

Rheumatoid nodules are the same color as your skin and do not have a red or other-colored appearance. They are typically small (under 5 millimeters) and, as stated above, are hard to the touch. They usually do not move when touched, but on some people they are moveable. The nodules are not painful and typically occur either on their own or in clusters. They are usually round but may be oval shaped.

When To See a Doctor

Though RA nodules are rarely painful, it is important to see a doctor any time you notice something that could be amiss with your body, including nodules.

Though nodules themselves are not cancerous and typically don’t interfere with your day-to-day function, it is important to ensure that these nodules are simply RA nodules and not something more serious. This may be done by observation or your doctor taking a biopsy of the nodule.

If you have nodules on the inside of your body, your doctor may ask that you have x-rays, CT scans, and further testing to ensure that what is occurring are actually RA nodules and not any kind of malignant tumor. This may also include a biopsy of the nodule.

Treatment largely depends on the size of the nodule, location and its interference in day-to-day function. For most people, the nodules are painless (though many may find them unsightly and unattractive). However, for some, the nodules can press on nerves or cause pain because of where they are growing.

Rheumatoid arthritis nodules may also become infected and ulcerate, and there is the potential that they may become gangrenous over time. Surgical removal may be suggested if they are causing trouble, as there is little chance of regrowth.

However, most doctors will advise patients to ignore small and painless nodules. It is not recommended to remove nodules for cosmetic purposes, however, this is something you can discuss with your doctor if you are feeling particularly passionate about it. There is typically little chance of regrowth once the nodules are removed, but it is certainly a possibility.

Also, there are a few non-surgical treatment options as well, but it is not guaranteed that the nodule will completely disappear. There is some evidence that hydroxychloroquine (commonly known as Plaquenil) or prednisolone can help reduce the size of the nodules, but this is definitely not something that is guaranteed. Steroid injections to the base of the nodule may also help with the reduction of size, but again this is not guaranteed.

How to Prevent RA Nodules

Unfortunately, there has not been much research done on the prevention of nodules, therefore it is very difficult to tell how one can prevent them. It is reasonable to assume that taking any RA medication prescribed by your doctor can help prevent nodules as the medication may slow down the progression of the disease.

Otherwise, nodules will occur if and when they occur regardless of anything you do to prevent them, unfortunately. They are a side effect of RA that some people just have to live with.