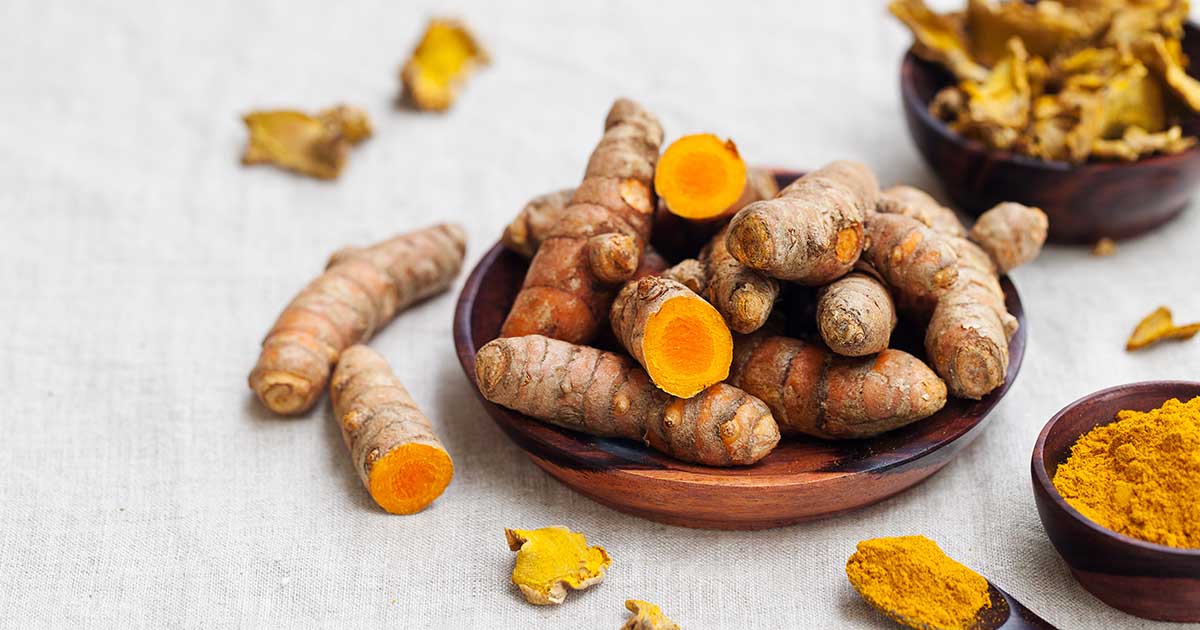 Because medicinal treatments for rheumatoid arthritis (RA) can be costly and cause side effects, many people search for natural remedies. One such option is a spice called turmeric, also available as a supplement.

Turmeric contains a component called curcumin that gives turmeric its yellow pigment and is known for its anti-inflammatory properties. Interestingly, turmeric has been around for thousands of years in India for treating arthritis and has only recently become popular in the West.

Both the antioxidant and anti-inflammatory properties of curcumin are beneficial for people with RA. They can help reduce inflammation and negative effects of free radicals in the body. Free radicals are responsible for making the body sick, while antioxidants act as the body’s defense system.

Research reported in the journal, Food and Chemical Toxicology finds that curcumin blocks specific enzymes and proteins responsible for inflammation in the body.

A study from 2012, reported in the journal, Phytotherapy Research, found curcumin treatment for RA was more effective than diclofenac sodium, a nonsteroidal anti-inflammatory drug (NSAID), often prescribed to reduce pain and inflammation in people with RA.

Numerous studies on diet have shown turmeric to be an effective treatment for RA. In fact, one review of multiple diet studies reported in Frontiers in Nutrition described a study where a combination of turmeric and ginger were effective in treating inflammation in arthritic rats.

The Frontiers in Nutrition report shared another study where curcumin was found to block IL-1 and IL-6, inflammation markers characteristic of RA.

A 2016 meta-analysis review of multiple studies, reported in the Journal of Medicinal Food, looked the effect of curcumin as a treatment for arthritis.

While the researchers of the 2016 report felt the studies were limited in the number of participants, they did feel the evidence was compelling enough to add curcumin (in the form of turmeric) as a complementary therapy for arthritis. Further, larger studies could provide enough evidence that could eventually lead to curcumin becoming a standard therapy for many forms of arthritis and other inflammatory diseases.

Why Use Turmeric for RA?

NSAIDs provide effective pain relief in RA and other forms of arthritis. But regular use is associated with very serious side effects, including:

Anyone with a history of health disease and who overuses NSAIDs is at a higher risk for congestive heart failure (CHF), this according to research reported in the journal, Cureus. And anyone who currently has CHF should not take NSAIDs at all, as they face the highest risk for a cardiovascular event, such as a heart attack.

High blood pressure is a type of heart disease where the force of blood against your artery walls is too high. And research from The Journal of Rheumatology shows the risk for high blood pressure is higher in people with RA than others in the general population, although researchers are not sure why.

NSAIDs also increase your risk for ulcers and up to 60% of people who use NSAIDs regularly will have GI side effects, this according to the American College of Gastroenterology.

Given that the risks of taking NSAIDs to treat your RA pain are high, safer and more effective options make more sense. And research has shown that turmeric is a viable alternative to NSAIDs.

How to Use Turmeric to Manage RA Inflammation

Curcumin is safe even in high doses. Moreover, you have to take it in high doses for it to have a positive effect. There are many ways to introduce curcumin in the form of turmeric in your diet:

Who Shouldn't Consume or Take Turmeric?

Turmeric is not for everyone, especially those who take blood-thinning medications. Also, do not take or consume turmeric if:

Curcumin, a compound found in turmeric, has shown promise for treating a variety of conditions, from rheumatoid arthritis to cancer to diabetes and so much more.

Numerous studies have found curcumin to be safe and effective in reducing inflammation associated with RA by blocking certain pro-inflammatory proteins found in the blood. Research has shown an effect similar to that of NSAIDs.

It is important to note that while studies have shown turmeric effective for joint pain, it does not reduce the overall systemic effect of RA. For RA to go into remission or for it to be suppressed, you will still need to take biologics and disease-modifying antirheumatic drugs (DMARDs).

Curcumin is generally safe even in high doses, but it is not suitable for everyone, especially people on blood thinners and those with certain health conditions. You should check with your doctor to confirm that curcumin supplements won’t counteract with any current medications you are on.