RA vs Other Autoimmune Diseases 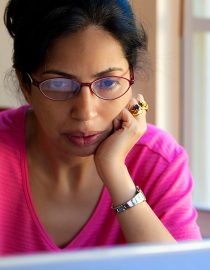 Rheumatoid arthritis, or RA, is an autoimmune disease, meaning that your body confuses healthy tissue for diseased tissue and subsequently attacks it.

Some people may even have RA and lupus, fibromyalgia or other autoimmune diseases, which can make diagnosis and treatment even trickier.

In order to explore RA and its links to lupus and fibro, let’s first look at the differences.

RA can also cause joints to deform, whereas lupus usually does not. And lupus can, unfortunately, be fatal because it can attack not only the joints but also internal organs, whereas RA is typically not fatal on its own.

Patients with RA, however, may need to have joint replacements, which is rare for lupus patients unless they suffer from both illnesses.

Like lupus and RA, fibromyalgia and RA can be confused for one another. Those with fibromyalgia, however, do not typically have inflammation factors in their blood and their joints do not swell (although they can be painful). Pain associated with fibromyalgia is typically in the muscles, though the joints may also affected.

Fibromyalgia also appears to not be degenerative, but instead appears in episodes or flares. As mentioned above, RA can cause damage to the joints and muscles and can cause the need for joint replacements or other therapies over time due to the progressive nature of the disease.

Now let’s take a look at how these conditions are similar, and why it can take so long to reach a proper diagnosis.

You might also like...How Eating Well Can Help RA Symptoms

Lupus and RA are extremely similar, which can make diagnosis a struggle. In both disorders, the joints can be painful, red and hot to the touch. Both lupus and RA sufferers may develop extreme fatigue that can impact their daily lives and have fevers that seem to come on both often and randomly.

Because lupus and RA are both rheumatic diseases, rashes can develop with either disease. People with RA and lupus can also develop ulcers in their nose and mouths, which can be both annoying and painful. These ulcers and rashes are symptoms of vasculitis, or the inflammation of the blood vessels.

Additionally, people with both lupus and RA can develop secondary autoimmune disorders such as Raynaud’s phenomenon (the lack of circulation to fingers and toes) and Sjogren’s syndrome (in which the orifices of the body become uncomfortably dry). Both diseases are characterized by bursts of disease activity (known as flares) and remission.

However, RA’s flares are progressive, whereas they are not with lupus. In both diseases, patients may suffer from mood disorders such as depression and anxiety.

Next page: similarities between fibro and RA, and when lupus and fibro co-exist with RA.