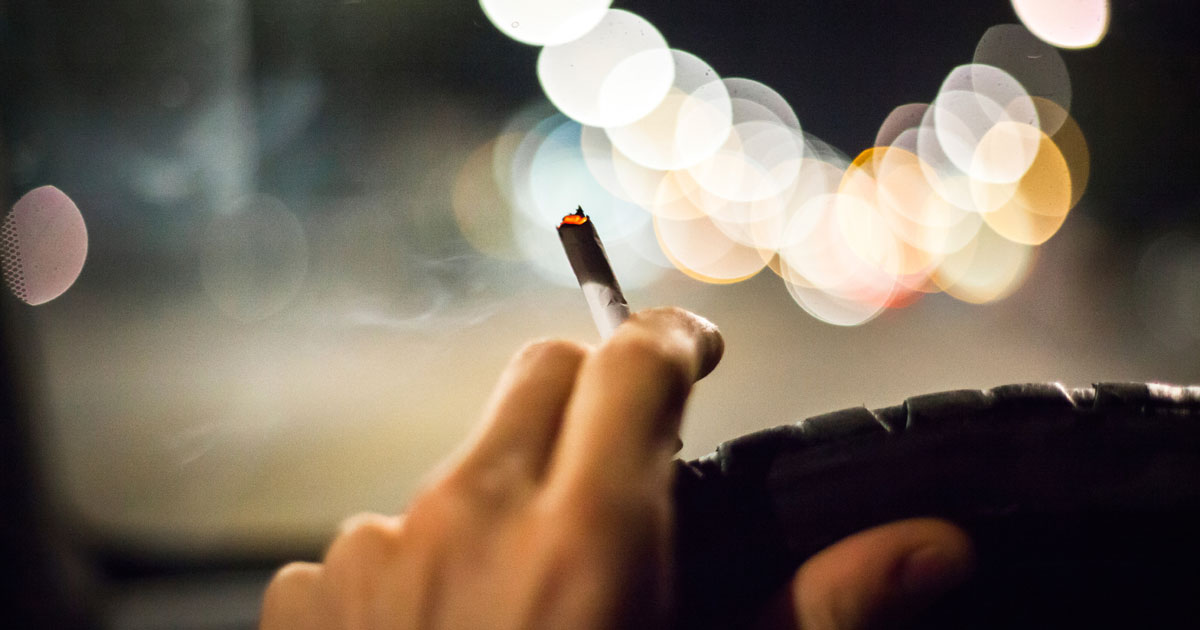 The British Society for Rheumatology (BSR) has also found that having a history of smoking can mean an increased risk for developing RA as well, even if you have quit smoking.

However, the risk of developing RA isn’t the only contraindication of smoking and RA. Studies show that smoking can reduce the effectiveness of medication for RA, making one more at risk for complications from the disease.

This can result in medications either not working, or having to increase it in order to get it to have any effect on you. This can be problematic for medication that should not be taken in large doses but is necessary to help control your symptoms.

Current studies show that RA sufferers who smoke are 50% less likely to respond to the most common medications used to treat and control the illness.

Additionally, women taking birth control who also smoke, whether they have RA or not, place themselves at a much higher risk for a heart attack and stroke (no matter the age of the patient).

Psychological Effects of Smoking and RA

Although smoking is ill-advised for you if you have RA, it can be problematic for you to quit because it can temporarily dull the pain associated with the disease.

Although smoking causes an array of problems for those with and without this condition, this simple factor alone can make it nearly impossible for some individuals to quit.

The BSR also found that in addition to smoking increasing the risk for people developing this disease, and it also increases your risk of developing nodules.

RA nodules are hard lumps that appear under the skin, typically on joints in the fingers and elbows. They can be single or clustered and generally are 2mm to 5mm in diameter.

Nodules are typically not treated and are more of a cosmetic issue, but may receive surgical intervention if they are painful. Since they are generally painless, most of the time they are left as they are.

You May Also Like:Protecting the Heart During RA Treatment
Related Search Topics:

If they are repeatedly hit because of their location, surgery or a steroid injection to lessen their size is sometimes advised. Those who wear glasses or sit too often may also develop nodules on the point of impact, such as the bridge of their nose or on their backs and buttocks.

If you smoke with RA, you are also putting yourself at a higher risk of developing a wide array of illnesses associated with smoking than the general population.

Although anyone who smokes is putting themselves at risk, you run a significant risk of developing heart disease, lymphoma, lung cancer and osteoporosis. This can be particularly bad since your immune system is already compromised, making it even more difficult to fight off diseases that may have developed.

Bluntly put, this can up your risk for not only developing diseases but also premature death associated with these complications.

Second-Hand Smoke and the Amount of Smoke Consumed

It has been shown through various studies that the amount of cigarettes smoked can also increase risks significantly. Those who smoke more regularly are at a higher risk of developing complications than those who smoke fewer cigarettes, however, any cigarette smoking can contribute to further health issues.

At present, there is no known link between second-hand smoke and RA, although it is probably logical to deduce that those exposed to a significant amount of second-hand smoke are likely to develop RA or complications associated with RA, just as their smoking counterparts.

While inhaling second-hand smoke once in a while is probably not a particularly urgent health concern, it is likely best to avoid coming into contact with it anyway.

It is advisable for anyone to quit smoking as soon as possible, but anyone diagnosed with RA is advised to take this even more seriously. Although it can take 20 years for the body to return to a “baseline” (or the levels at which it was before you took up smoking), the effects of quitting smoking are almost immediate.

Within ten years of quitting smoking, the risk of developing lung cancer will decrease by half. It can also significantly lower the risk of stroke and heart symptoms.

While it may take a long time for the body to return to baseline, there are often immediate effects for quitting smoking in people up to the age of 80.

You can speak to your doctor or go to your local pharmacy to talk about the best way to quit smoking. If smoking has eased your RA symptoms, speak to your rheumatologist about how to manage this so smoking will no longer be beneficial to you.