Understanding the Causes and Symptoms of a Rheumatoid Arthritis Rash 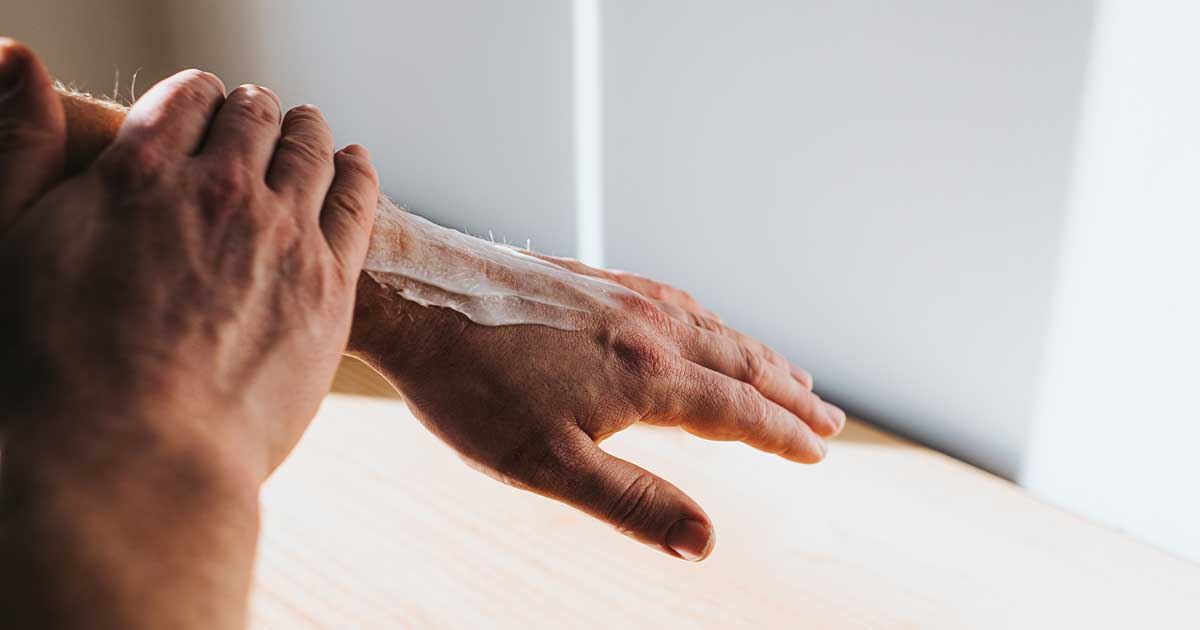 What is a Rheumatoid Arthritis Rash?

Rheumatoid arthritis is an autoimmune and inflammatory form of arthritis that mainly affects the lining of the joints. In some individuals, organs such as the eyes, lungs, and heart can see signs of inflammation and damage. In fact, even your skin can see the signs of this condition, causing a rheumatoid arthritis rash.

Understanding What Rheumatoid Arthritis Is

There is no cure for rheumatoid arthritis, hence it is coined a chronic illness. Certain triggers and risk factors can increase someone’s susceptibility to the disease; family history, hereditary, cigarette smoking, stress, obesity, viral and bacterial infections are some of the known culprits. Despite this, there is no known trigger that is the sole cause.

Hands and feet are the first two areas of the body that are commonly impacted. Inflammation and joint stiffness can make it difficult to move the joint in its full range of motion, and if left untreated, it can lead to irreversible joint damage that causes disabling invisible and visible deformities.

Who is at Risk?

Rheumatoid arthritis can occur at any age, even in children who are diagnosed with juvenile idiopathic arthritis (a different sub-category of autoimmune arthritis but similar to adults with RA). Typically, the age range is between 30 to 50 years old. Women are also more likely than men to develop rheumatoid disease, and sex hormones are said to possibly play a role in this.

Symptoms are different for everyone, as is the disease itself. It can be mild, moderate, or severe. Regardless, it is important to discuss treatment options with your medical provider and begin a regime as soon as possible.

Some people develop small lumps and bumps on or around the joints. These are called nodules, which can increase and decrease in size. At times they can disappear once inflammation is under control. In other instances, patients may experience a rheumatoid arthritis rash.

Rashes associated with rheumatoid arthritis are not always common, but they do occur. When they do it is best to seek the advice of a skin specialist, such as a dermatologist, for further review.

Not all rashes are because of the disease; the medications prescribed and administered to treat it may cause a rash. This would be known as an allergic reaction.

Some drugs that may cause a reaction are:

Despite the efforts for these drugs to control or halt the disease altogether, leading to remission, rashes can present when a flare-up occurs. Flare-ups are episodes of increased disease activity when the inflammation, pain, and disease markers are high. Medical specialists, such as a rheumatologist, can confirm a flare is happening by what their patient is experiencing, a physical examination, and blood tests.

Rheumatoid factor (RF) is one blood test that when high in numbers can indicate a flare or high disease activity that is deemed unacceptable. RF is a protein produced by the immune system that can attack the healthy tissues in the body, and with rheumatoid arthritis that attack so happens to be the lining of the joints.

During any given flare-up, a rash may occur. The other causes of a rash can be a viral infection, or a condition known as vasculitis. This is when rheumatoid arthritis inflammation affects the arteries used by the body to bring blood to some of the biggest organ systems, such as the skin and nerves.

Rashes appear on the skin, and inflamed arteries can cause spots or patches to be present on someone’s hands, fingers, or legs. If they occur anywhere on the hands, they may be more painful, whereas on the legs a larger rash may develop, and it may not be as painful.

Symptoms of a Rheumatoid Arthritis Rash

If rashes appear, they can be red, painful, and itchy. Sometimes they are all of the above. But the most common place the rashes first appear is at the tip of the fingertips. If the rashes persist, they can turn into ulcers in more severe cases. These ulcers can become infected and painful, furthering complications.

Fortunately, under the guidance of a rheumatologist and dermatologist, treatments are available to relieve any discomfort, pain, swelling, and redness associated with these rashes. Symptoms for rashes depend on each patients’ circumstances. About 1 in 100 people living with rheumatoid arthritis will develop a rash or multiple rashes.

While the hands and legs can be areas for where the rashes appear often, they can form on other parts of the body too. Not all rashes are the same, and a rheumatoid arthritis rash can be confused with an allergic reaction to a medication, environmental factors, detergents, and other irritating agents to the skin that can also cause red, itching, and swollen rashes. Some viral infections such as Epstein-Brar virus (EBV) can cause rashes. Though these are not typically raised and itchy as other rashes are.

Can It Be Avoided?

The best way to avoid rheumatoid arthritis rashes is to treat the disease itself. When they appear, it is a sign that your rheumatoid arthritis is not well enough controlled. Inflammation is a big culprit when it comes to rashes because they are initially what causes the arteries to become irritated enough to create a rash. Ruling out any underlying root factors, triggers, and allergies can decrease the risk of developing a rash too. Sometimes if a medication is a cause for rashes, your doctor may alter your treatment plan or suggest you get off it to try something else, if it persists.

Other treatment options include over the counter (OTC) medications that may reduce the pain and discomfort, such as, acetaminophen (Tylenol) and nonsteroidal anti-inflammatory drugs (NSAIDs), like ibuprofen and aspirin. The specific brand to use should always be discussed with your doctor before taking it. Some doctors may also prescribe opioid medication, but due to the high risk of addiction, they may recommend a short-term corticosteroid instead. For patients at risk of rashes becoming infected, a doctor is likely to recommend a topical ointment or an oral antibiotic.

In the case where rashes are related to dermatitis, a topical steroid and antibiotics would be prescribed. Other treatments that can help with rashes that primarily improve the underlying condition of rheumatoid arthritis are etanercept (Enbrel), DMARDs, like methotrexate, and corticosteroids, such as prednisone. Every person’s individual situation will need to be taken into account and discussed with their medical team before treating rheumatoid arthritis rashes and the condition itself.