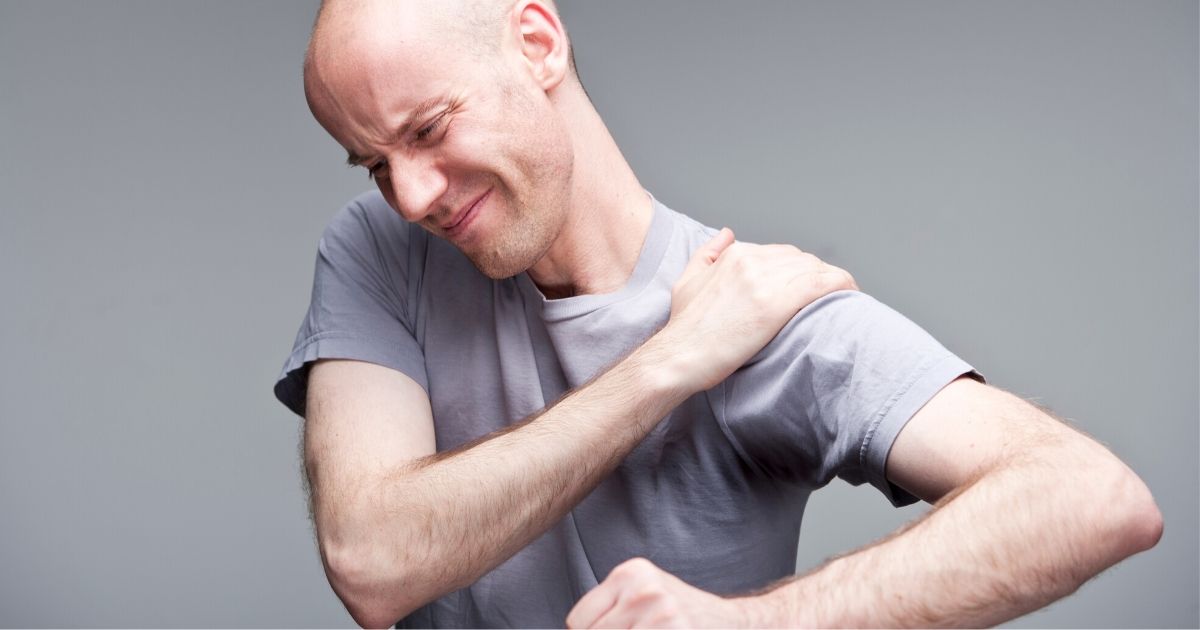 Ankylosing spondylitis and rheumatoid arthritis are both inflammatory forms of arthritis where the body mistakenly attacks the joints, thinking there’s an invader. With AS, there are some distinct symptoms and triggers that vary from rheumatoid arthritis, but some similarities are also discussed below. Early signs and symptoms of ankylosing spondylitis usually affect areas of the lower back, hip joints known as the sacroiliac joint and neck pain. Like many forms of autoimmune arthritis, fatigue and stiffness can occur, especially in the morning, evening or after any period of inactivity.

The main targets are the spinal joints where inflammation can occur and lead to severe pain, discomfort and mobility issues over time. Men tend to be diagnosed with it more than women, with symptoms being more severe. For women, signs of the disease tend to be milder, so this causes a problem with ankylosing spondylitis diagnosis, which leaves many women struggling to find answers and get proper treatment for ankylosing spondylitis in time.

Other less known symptoms of ankylosing spondylitis involve pain in the shin bone in the lower leg, behind the heel of the foot surrounding the Achilles tendon and under the heel of the foot. Since inflammation can go everywhere and anywhere, these are some hot spots.

Being that the spine is also connected to the chest cavity, movement of the chest can be restricted and make it hard to breathe. This is why avoiding the first trigger below is crucial to maintaining proper mobility.

With any form of arthritis, there can be common factors that affect the disease negatively. Sometimes these triggers are things we can control, and others are seemingly out of our hands.

Since AS impacts the spine, having poor posture will only aggravate your symptoms and cause complications. Patients need to be mindful to keep their back straight to strengthen the back muscles. The main goal is to prevent the deformity of the spine in a stooped position. This will help alleviate inflammatory back pain in the long run. Working with a physical therapist and your doctor to formulate strategies tailored to you can provide many benefits.

As with anything in life, we can overdo it. We need to pay attention to our limits and set boundaries for ourselves. Overdoing it can lead to burnout and consequently flares. With AS, the spine and stiffness play a huge role in the overall mobility of the body as a whole. When you start to feel pain and that you are overworked, it’s best to take a break to stretch, exercise and rest.

Patients with arthritis, especially types like AS, are told to manage their weight for the simple reason that excess weight puts unwanted pressure on the joints. AS affects major weight-bearing joints that already face the brunt of everyday living. Shedding a few pounds and even maintaining good muscle tone can aid in keeping the joints and surrounding structures supported and strong.

Stress and Lack of Sleep

Stress releases the hormones cortisol and adrenaline, that lead the body into fight-or-flight mode. This can also stimulate and raise inflammatory markers that drive the disease process.

You should always consult with your doctor before making changes to your medication regime to avoid having flares. The medication helps to slow the progression of the disease, with the goal being complete control of symptoms, leading to remission.

Research has shown that smoking can increase your chances of developing AS, and smoking can also aggravate the symptoms of ankylosing spondylitis if you are already diagnosed with it. Those with AS who smoke have higher amounts of disease activity and morning stiffness, and they have a poorer quality of life.

Similarities and Differences Between Ankylosing Spondylitis and Rheumatoid Arthritis

Like rheumatoid arthritis, ankylosing spondylitis can be difficult to diagnose. They are among the most common rheumatic diseases.

Joint damage and other changes can be seen on an X-ray and MRI. Neither of these two forms of autoimmune and inflammatory arthritis have a cure, but medication and lifestyle changes can help slow the progression of the disease, aid in alleviating symptoms and ultimately lead to remission where disease activity has stopped. Physical therapy, exercise, stress management, diet and lifestyle changes, conventional and alternative treatments, can help both rheumatoid arthritis and ankylosing spondylitis. In general, following a healthy, balanced and anti-inflammatory ankylosing spondylitis diet is considered wise. However, you should also consult your doctor and/or a nutritionist regarding any significant dietary changes.

Difficulty carrying out everyday tasks can occur with both conditions if disease activity progresses to the point of irreversible joint damage and disability. Affected joints for both conditions can feel tender, swollen and hot, and fatigue can be present at a high temperature.

The main difference is that AS symptoms are centered around the bigger weight-bearing joints such as the low back, hips and shoulders. With RA, smaller joints, such as the hands and feet are first to be affected. Rheumatoid arthritis usually occurs in women more often between the ages of 30 and 60, but with AS men under the age of 40 are frequently diagnosed. There are also differences in genetic predispositions, which refers to genes that can "turn on" the disease. A positive HLA-B27 test predisposes someone to AS (sometimes referred to as the ankylosing spondylitis gene), while HLA-DR4 occurs in RA patients frequently.

Even though there are differences, diagnostic testing has allowed for greater understanding of both conditions, so it is easier for doctors to differentiate between them.